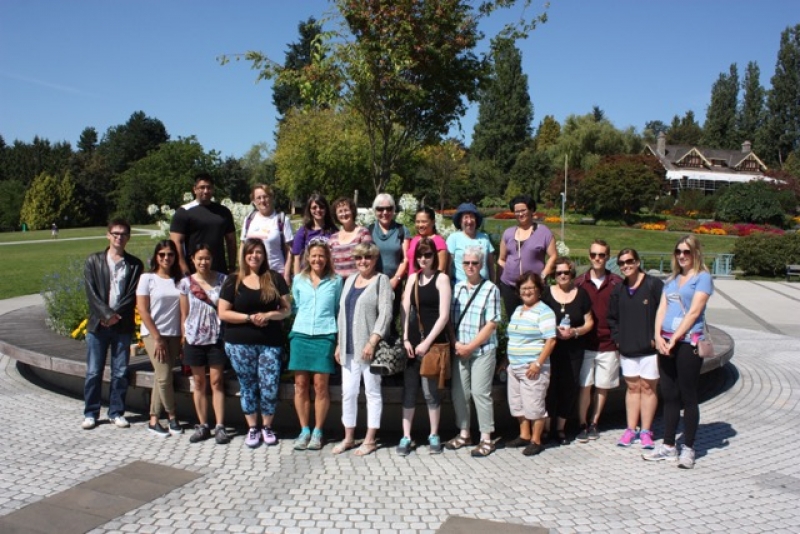 On August 14, 2016, the BC Epilepsy Society was honoured to host Marion Clignet for an inspirational talk about thriving with epilepsy followed by a 5 km walk around Burnaby lake.

Please read below to learn more about Marion’s accomplishments:

My name is Marion Clignet.  At the age of 22, I discovered I had epilepsy, I was told I wouldn’t be allowed to drive for a year. Why?  We had to find the right treatment if possible that would allow me to live seizure free.  A tad frustrated by this change, and frustrated by the way the doctors told me I had to be secretive around my epilepsy, because it was very taboo.

I decided to do just the opposite. I secured a job as a strength and conditioning coach 30kms from my house, and bought a bike to get me there and back. One thing led to another.  I battled with neurologists to find the right medications with the least amount of side effects, and I fought hard to push myself forward and not get caught up feeling sorry for myself because of this sudden change.

I fought so hard, that I rode myself to win the following titles:

I stopped racing bikes in 2003 and began coaching. My desire to share my knowledge, has taken me from coaching regional men to a Tour de France men’s team as well as élite women. To nourish my addiction to endorphin producing sports, (don’t worry they’re legal!) I took up running and after a few years of pounding, injuring myself, trying to get paces right, trying all sorts of shoes, I’m at long last moving ahead! I have tried just about everything. I ran 10km, cross country and marathons. I’m now running trail and mountain races. 2016 has started with a bang and at present I’ve raced 5 races from 18km to 55km with loads of climbing and descending. Why do I continue?  I THINK I’M ADDICTED!! And this is a good way for me to share with YOU that I may have epilepsy but epilepsy doesn’t have me!

Marion’s autobiography “Tenacious” is available from our office for a minimum donation of $10.  Please email info@bcepilepsy.com for your copy today!